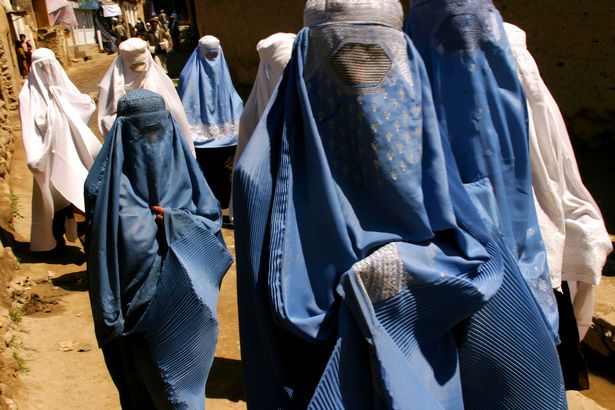 Up to 20 soldiers, dressed as Muslim women and covered from head to toe managed to travel hundreds of miles across Afghanistan, crossing a number of the militants’ roadblocks, in a fleet of taxis.

The men managed to avoid capture by waving Taliban flags and claiming they were going to Kabul to welcome the rebels as “heroic liberators”.

And when they reached the safety of the airport they rewarded themselves with a cuppa for their cunning.

The elite soldiers had been on a mission in the south of the country but were warned no helicopters were available to fly them to safety and decided their best chance of escape was to hide in plain sight by disguising themselves as Muslim women.

Brave Afghan counter-terrorist police helped them by giving them a variety of burqas in different colours.

A source said: “The SAS team had been in Afghanistan for months and had been on a secret reconnaissance mission when everything went belly-up.

“They were told to abort the ­operation and to get ready for an immediate extraction to Kabul.

“The troops ditched most of their equipment except for their weapons and ammo and covered themselves with the burqas.

“They then bought five taxis and drove to Kabul.

“Every time they came to a road block an Afghan special forces soldier explained that the women were very devout and wanted to welcome the Taliban back into Afghanistan. It worked.

“There were a few dicey ­moments but even the Taliban were reluctant to remove a burqa from a woman.

When the troops arrived in Kabul they drove as close to the airport as possible before abandoning the cars.

Once again they were forced to make their way through several checkpoints and eventually managed to get to the airport in Kabul that was being guarded and run by the US forces. Once at the airport, the British soldiers revealed themselves, took off the women’s dresses and entered the military compound.