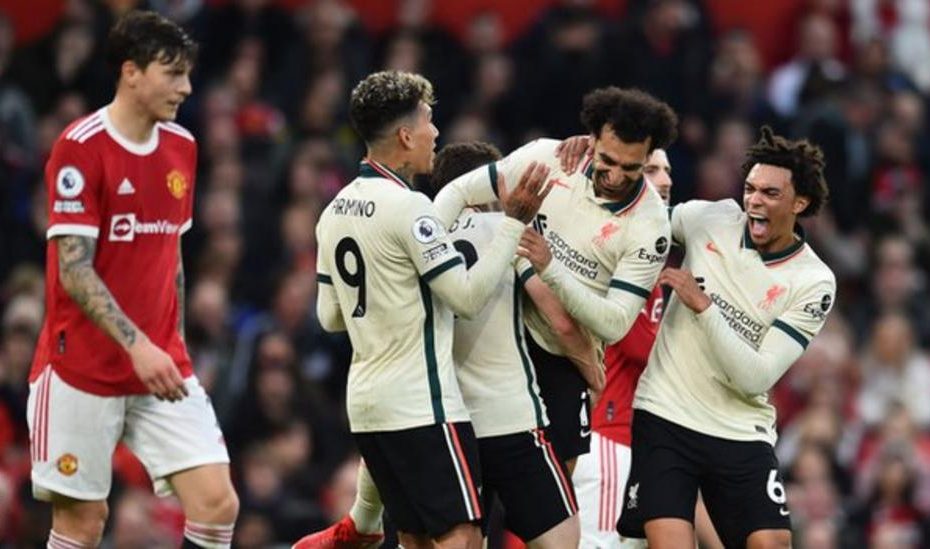 It’s only about two weeks ago when Liverpool humiliated Manchester United, thrashing them 5 – 0 at their own home at Old Trafford. Liverpool FC who were the visitors put on a performance that left Manchester United fans, footballers and manager Ole Gunnar Solskjaer in shock and disbelief as the visiting stars fired in volley after volley into the net of their host team.

The total was 5 goals and the visiting stars did not allow Manchester United a chance to score even one goal. It was a much needed lesson in humility for United who have continued to portray themselves as the biggest stars of the game.

The highly hyped and publicised star player Ronaldo was on the pitch too during the game but struggled to keep up with the Liverpool stars. With much expected from him, and probably under much pressure to deliver, he did not score even one goal. In a nut shell, it was a disastrous game for Manchester United.

20 minutes before the match ended, Manchester United fans started leaving the stadium in frustration and disappointment. By the time the whistle blew at full time, most of the United seats at the Stadium were empty.

Manchester United fans may want to forget this game but it is actually important so it can help them find their footing and avoid the blunders that led to their humiliation at Old Trafford.

Since the signing of football prodigy Ronaldo, Manchester United have focussed on him as an individual rather than focus on the fact that football is about a team working together rather than one very talented individual.

So much was expected of Ronaldo during that game and he delivered nothing.

There was also a lack of discipline in the United performance, Cristiano Ronaldo perhaps fortunate to escape a red card for kicking out at Curtis Jones while he was on the floor then Pogba – presumably sent on to restore some slight semblance of order – getting one for his challenge on Keita.

In fact after Ronaldo kicked at Curtis Jones while he was already down, many people said Manchester United deserved what it got.

Of course Manchester United will bounce back and reclaim its spot at the top, but the lessons learned that day will not be forgotten.