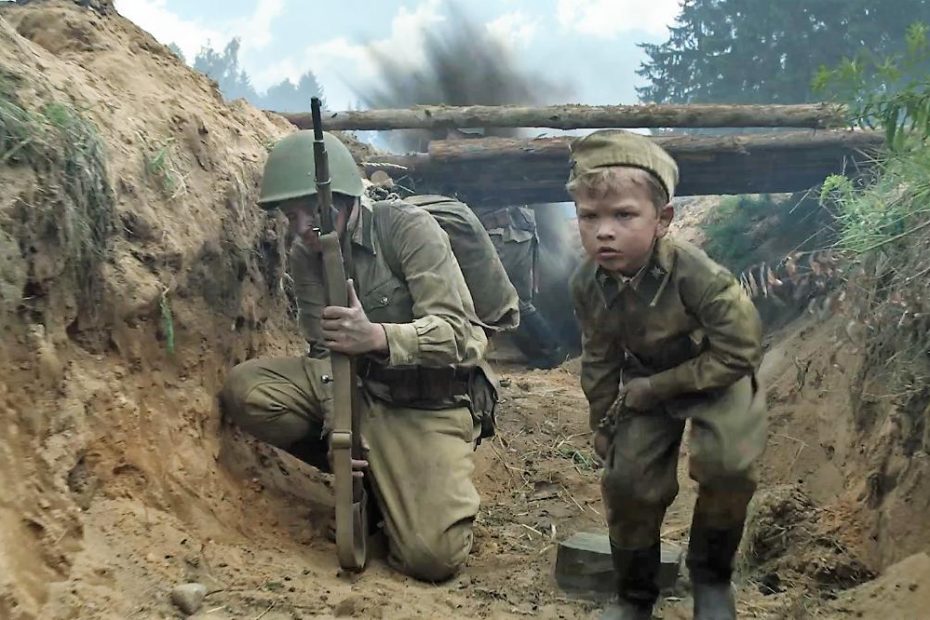 The stories about children in war, either as child soldiers or as victims caught up in the crossfire are always tragic and painful. Even in the heat of war, there is always an unspoken rule – to keep children as far away as possible from the war front so as to have the best chance of preserving their lives.

But for one Soviet child named Sergey Aleshkov and aged six, there was no choice for him left but to join the battle and take active duty even on the front lines, thus becoming the youngest participant in the Battle of Stalingrad and possibly the youngest soldier of World War II.

His entry into active service in World War II was almost inevitable. After the Nazis invaded his city, they had killed many men and women including his parents and close family members. The German troops executed his mother and brother right before his eyes. With his village destroyed and people killed, the young boy ran off into the woods, where wandering aimlessly, hungry and in shock he was discovered by a reconnaissance group of the 142nd Guards Rifle regiment. These soldiers decided to keep him with the Regiment Commander officially adopting him. He would later save the Commander’s life during the Battle of Stalingrad.

So young was he that he even improperly pronounced or spelled his name, telling the group of soldiers that rescued him that he was Aleshkin. It would later emerge that his real name was Aleshkov.

Sergey Aleshkov would go on to make a name for himself in the Second World war, performing heroic actions, saving lives and helping to spot enemy troops. He was shot at by the German planes, a vehicle he was travelling in was hit by a mine and he nearly drowned while crossing the Severney Donets River. Miraculously, he survived and was promoted to Junior Lieutenant by the end of the war. He later trained as a lawyer and lived till age 54.

His story almost got completely forgotten and buried into the archives until a group of war historians and researchers took a second glance. They at first found it hard to believe especially due to the young age and had to check several diaries, photographs, medals, archives, and military files all confirming the story as accurate.

Now his story has been portrayed in a major movie titled “Soldier Boy” that is available on Amazon movies.

See below for his real Photograph from the Military Archives.